The Chief of Army Staff (COAS), Lt Gen Faruk Yahaya has reemphasized the importance the force places on training and competitive games, stressing that it’s the bedrock that sharpens the troops’ skills and physical fitness to deal with the nuisance value of criminals.

The COAS, who was represented by the Corp Commander, Nigerian Army Engineers, Major General Kamil Kadiri at the flagging off of the 2nd Inter-Formation Platoon Combat Swimming Championship at the National Stadium Swimming Pool, Surulere, Lagos on Monday, enjoins the participants to be guided by the spirit of oneness and Espirit de Corp.

He explained that the competition is designed to improve physical fitness, reinforce the combat preparedness of troops, as well as enhance their fighting efficiency and performance in the field.

“The games are designed with a view to preparing participating troops for a variety of tasks towards addressing contemporary security challenges, Gen Yahaya stated.

“As you are all aware, the Nigerian Army, sister services and other security agencies are currently involved in multiple single-service, joint and combined operations to combat terrorism, banditry, kidnapping for ransom, cultism, piracy and oil theft among others. 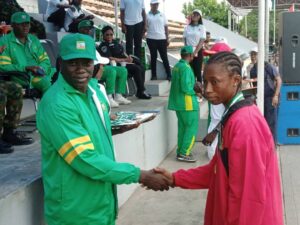 Therefore, operations call for the highest standards of fitness and training to stay ahead of the criminals hence the Nigerian Army has placed a high premium on qualitative training of its personnel across the board.

“The conventional and combat swimming events that have been lined up in this championship would equip troops with skills to conduct operations optimally, especially in riverine and amphibious terrains.

Earlier in his welcome remarks, the General Officer Commanding (GOC), 81 Division Nigerian Army, the host Division, Major General Obinna Ajunwa noted that competitions of this nature are an essential part of military training. 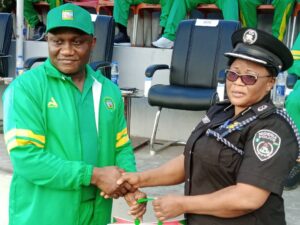 While stressing the premium reposed in training and professionalism, he called on the participants to put in their best during the four-day games.

Gen Ajunwa further explained that the objectives of this year’s Championship are to “improve fitness for combat, engender junior leadership and promote the use of initiative as well as esprit de corps among NA personnel as one of the key pivots of COAS vision which is “To have a Professional Army Ready to Accomplish Assigned Mission within a Joint Environment in the Defence of Nigeria”. 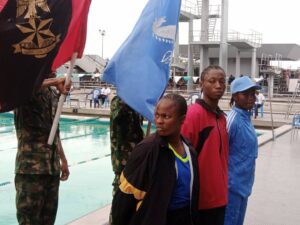 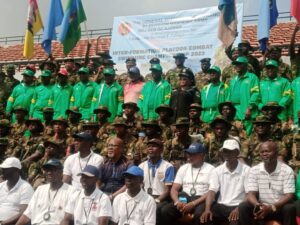